MUNICH — (MunichNOW Life) — According to a representative survey, beer is a German’s favorite drink. 79% of German adults drink beer regularly. 67% of German women and 91% of German men drink beer at least once a month. Germany has over 1,200 breweries, which produce the largest variety of beer styles in the world.

The Germans are known to the whole world as a true beer-loving nation. And there is no exaggeration here! The “hops – barley – water – yeast” blend is not that simple as it may seem at first sight. The natural components together with minerals and vitamins make the drink special. Beer has been a regular and important component of the daily diet of all population groups for several thousand of years. 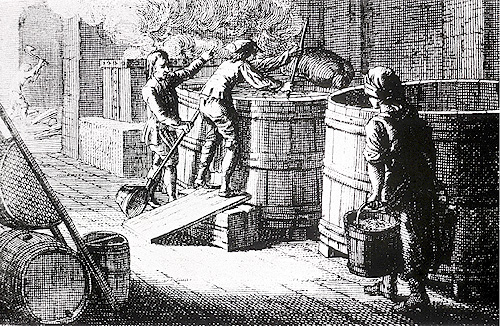 Beer’s history dates back to prehistoric ancient times when the Sumarians discovered the fermentation process (about 6000 years ago). Babylonians and Egyptians developed the art of brewing beer, and passed it to Romans who considered it to be a barbarian drink. The Teutons, the ancient Germans, regarded beer as a sacrifice to the gods.

They started producing the first proof beer in the early Hallstatt Period (about 800 B.C.). In the Middle Ages beer brewing turned into a favorite occupation of monks who served it with their meals.

The art of brewing beer owes much to monasteries where it was developed scientifically. Then began the flavoring of beer, first in Brabant monasteries, which gave the Brabant king, Gambrinus, the title of patron saint of beer. 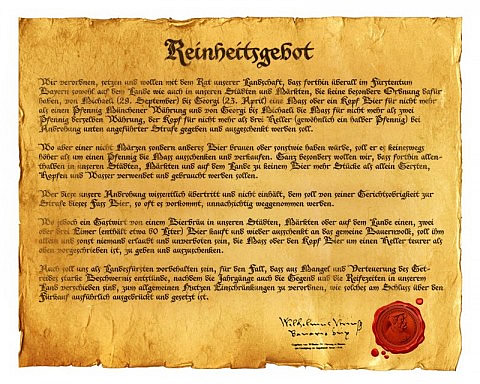 The German beer industry is regulated by the “German Beer Purity Law” (Reinheitsgebot). This law, first created on April 23, 1516, by the Bavarian co-rulers Duke Wilhelm IV and Duke Ludwig X, is designed to keep German beer pure, natural, and free from unhealthy and cheap ingredients.

The law states that lager beer must be made only from barley malt, hops, yeast and water. Spices, corn, rice, sugar, unmalted grains, chemical additives, or stabilizers are not permitted ingredients for lagers.

Brewers have a little more flexibility when it comes to ale beers- this is to accomodate Germany’s ancient barley-based ale and wheat-based ale traditions. German ales may contain to barley malt, hops, yeast, water, other malted grains (such as wheat, rye, spelt), sugars, and coloring agents derived from sugar.

We cannot underestimate the role of beer nowadays. The process of brewing has experienced immense progress, and the beer itself has certainly changed. It is amazing how many beer types are produced today in German breweries!

Besides its outstanding peculiar taste, beer is also highly estimated as an economic factor. Germany is the country where beer is greatly praised and served everywhere. So Germans are virtually doomed to enjoy it. And nobody doubts it!
wp link-b